Is it worth getting the 7970 over the 7950? The 7950 is $50 cheaper than the 7970. I can get a 7950 in a wider assortment of coolers ranging from the MSI Twin Frozr cooler to the Sapphire Dual-X cooler while the 7970 in the same price range is only available with an XFX cooler. Can you link some benchmarks as well?

XFX are the best Radeon cards anyway, Yes you want a 7970.

I beg to differ, XFX is a good brand no doubt, but there 79xx series cards have been having sound and heat issues.

I've heard about the cooler being really loud which isn't something I really want since I want to go with a quieter system. Nonetheless I don't really mind much since the card will be in a well ventialted case so do you think I should go with the 7970 over the 7950 as well?

Yes, you get more performance and quite a bit for just $50 and if you get a decent brand, eg, Sapphire then you're set.

Implying XFX still isn't the only company with a LIFETIME warranty. I have an XFX 7970, no sound or heat issues.

Sounds good. I can get it with the older "Never Settle" bundle that include FC3, Sleeping Dogs, and Hitman: Absolution so it kind of pays for itself. Thanks for the help!

That doesn't mean that XFX is THE BEST card manufacturer. Most companies will give you a 3 year warranty anyway, and you're probably going to be looking at replacing the card after 3-5 years anyway. Chances are that if the card doesn't fail out of the box, then it's going to serve you well for quite a long time anyway.

I'd personally rather grab the card with the best cooler, unless I'm water cooling it.

I know, I actually won't replace the card in that time however, unless DX12 comes out. I don't know how these cooler's perform which is why I'm asking. Do you think a Sapphire (Dual-X) cooler cools better than an XFX Double D cooler? 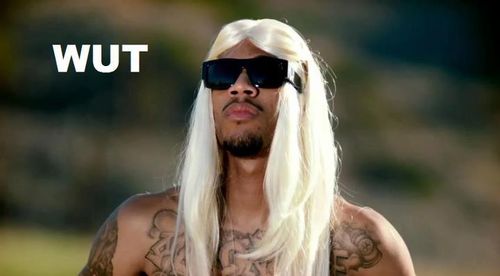 Will I get any difference in performance if I get a red and black one?

I'm not too sure about that. I think Sapphire usually uses a Vapor chamber, but that might just be in their VaporX edition cards. The best cooler on the market right now is probably MSI's Twin Frozr III cooler, unless you want to grab a gigantic triple slot ASUS card.

I got the xfx 7970. Pretty sweet thing. Competes with a 680 easily. I would for sure spend the extra 50$ and for a lifetime warrenty on a xfx is pretty great too

How loud does it get?

Not to bad at all I think