Windows and Linux (prefer native support if possible) drivers are a necessity. Prefer reliability / stability over speed, but one with all of those points would be welcome. Any recommendations? Cheers.

What type of SATA/SAS devices do you want to connect using this card?

As one of our favorite YouTubers has said, hardware RAID is dead and is a bad idea in 2022. You are better off getting an LSI brand HBA in IT mode and using some flavor of software RAID. I use 2 of the LSI-9207-8i for SATA HDDs and SSDs in my NAS along with ZFS and they have always treated me well. They have two SFF 8087 mini-SAS ports which support SAS drives or SATA drives with breakout cables.

@jode Initially very few. 2 x RAID 1. However, I do a lot of tinkering with various OS and hardware so I want to make sure I have capabilities to handle pretty much anything I need to model. Got burned with a pair of 4K sector drives earlier this year when my RAID card would not recognize them. Want to make sure whatever I get can handle any modern media.

@AbsolutelyFree I hear you, but I have been disappointed by software RAID in the past. Corrupted a considerable amount of data and blamed a disk fail, but the drives were fine. Was backed up and I lost nothing, but massive inconvenience, little vendor support and lesson learned.

RAID is just another layer of protection and gives me more options when brown stuff hits the rotating impeller.

Had LSI cards in the past. Will check it out, cheers.

Sorry, I should have been more clear. My question was if you’re looking to connect SSD or HDs via SATA/SAS.

The reason is the stark difference in hw requirements.

I support @AbsolutelyFree recommendation for an LSI 9207 for hard drives.
To support the higher demands of 8 SSDs you may have to look for more advanced cards.

Both. I had spinning drives for my 16TB RAID 1, then I have a stack of 1TB SSD and a couple of 2.5" laptop drives I use for my various Linux installs and other experiments.

You would need more ports if you want to run both SATA/SAS and NVMe SSD’s on the same controller.
For full bandwith a NVMe SSD needs 4 lanes. So the 8 ports/lanes will be used up with just 2 x4 NVMe SSDs.

Another problem (for direct attach) is physical ports and cables. With most modern controllers the interface port on the pcie card is SlimSAS x8. There are SlimSAS cables from SlimSAS x8 → 8 SATA, 8 U.3, SlimSAS x8 → 2 x4 U.2/U.3, 4 x2 U.2/U.3. But there is no cable that goes to say 4 x1 SATA/SAS and 1 x4 U.2/U.3. So you would have problems with connecting NVMe SSD and SATA/SAS disks at the same time if your card only has 1 SlimSAS x8 connector.

You could use different cards for SAS/SATA and NVMe connectors, or use one with more ports.

I personally use the Adaptec HBA ultra 1200-32i which has 4 x8 SlimSAS ports, exactly because of the cabling problem with direct attached devices. Currently I’m running 8 SATA/SAS drives and 2 U.2 optane SSDs. I still have 2 remaining ports for expansion. They also have raid variants of the card. Compatibility Documents are here: Adaptec | Compatibility

Another important thing: You must not plug a U.2 drive into an U.3 connector (as this apparently could cause damage), but you can plugin a U.3 drive into a U.2 connector. 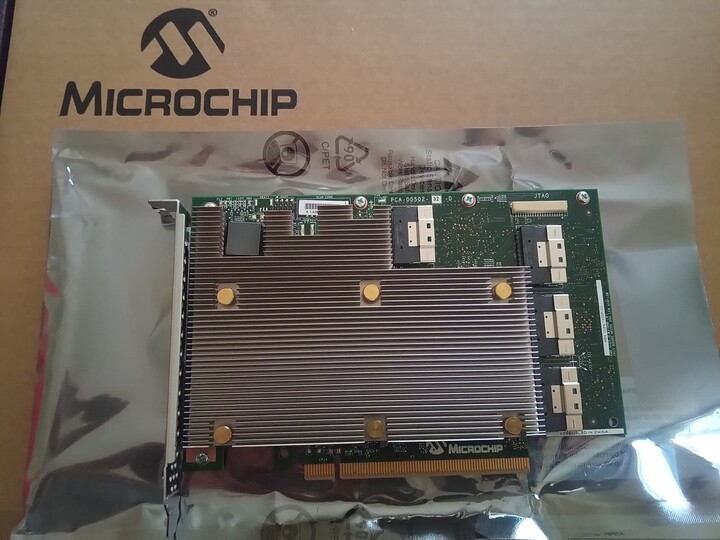 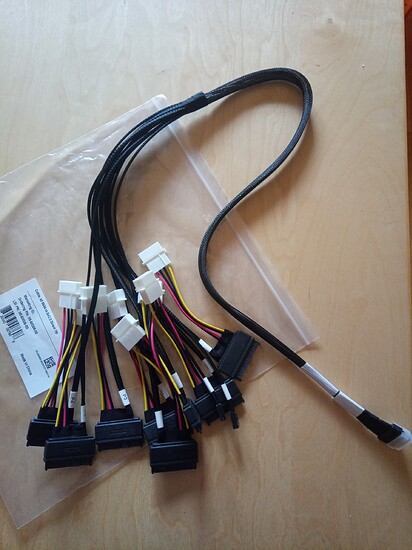 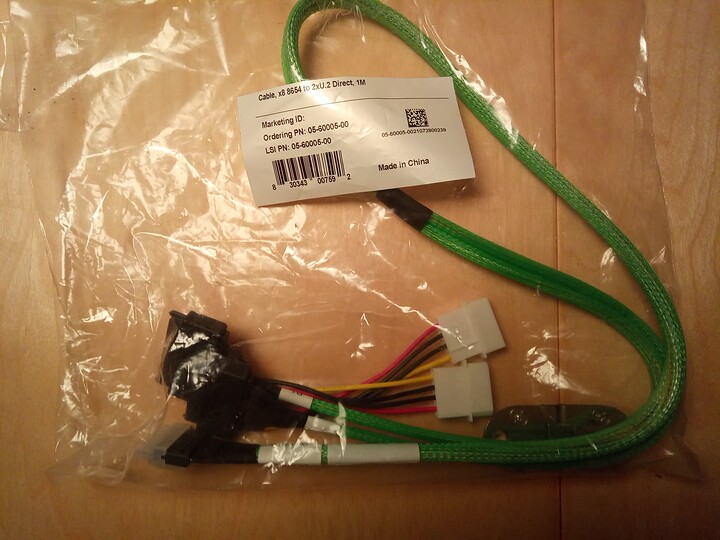 If you do go with software raid, and your NVMes are M.2, I recommend the simple, and cheap, Asus Hyper M.2. There’s a gen 4 version, but PCIe 4 M.2 NVMes are mostly a meme.

There’s also a number of hardware raid M.2 cards in similar form factor, starting with the Gigabyte Aorus Raid, which seems to actually use a half-decent Marvell controller.