What is the real world experience? What constitutes bad drivers?

I’m looking to get one but i’m hesitant because of the bad reviews.
I mostly do Adobe work (premiere, ps, ai, etc) and gaming.

My Rx480 has been rock solid

When you fucked up extremely bad, this: 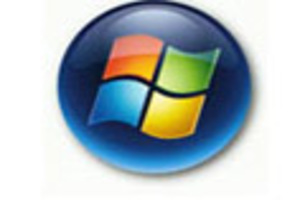 Nvidia drivers named as lead Vista crash cause in 2007

Apart from that, crashes and not being useable to change settings.

What is the real world experience?

I had some trouble in the beginning, has been no problem since September 2019.

I had some trouble in the beginning, has been no problem since September 2019.

I had some minor issues with 5700 back before Nov 2019. Has been fine for the past couple months.

the situation is so bad they they confirm it is not “ok”.

the number of times now where amd claimed they fixed the GPU driver is crashing from hardware decoding is fixed is not funny anymore.

BTW. linux user seem to be generally in a better situation you listed gaming so unlikely that you are a linux user.

the vista link is worthless just from the age and you have to take market share into account.

It seems like a hit or miss thing. Certain hardware/software combinations seem to not work for some people but do for others. It’s also very important to get a good 5700 card. Some of the skus are very bad coughAsus TUFcough, which could lead to a sub-par experience.

RDNA is still in its infancy and the conjecture is that RTG is focusing getting Big Navi out the door, rather than polishing the drivers.
By the time Big Navi comes out, the drivers better be Nvidia level, or it’ll be embarrassing for AMD when ALL the eyes are on them.

navi 10 already takes 225 watt making something bigger then this would mean it will use even more power. if they don’t want to sell a heater they need a new node or a “new” architecture. in theory there is a chance for a very high shader unit with very low clocks but still that would be very expensive to build.

they have a far better node then nvidia so that’s kind sad already.

i really don’t like sentences like “RDNA is still in its infancy…” turing is a new architecture too and it was in a far better state at release then my navi GPU is right now and that with the RTX scam heck just have a deeper look into turing and the differences between pascal dedicated FP16 and int32 cores NAVI looks like GCN 2.0 in comparison

Edit: We are WAY off topic though.

turing is a new architecture

Nvidia is doing the same with their Cuda cores every generation. Some minor tweaks here and there, bigger GPU, maybe a clock boost from a node shrink.

“RDNA is still in its infancy…”

It is though. It way different from GCN without dropping support for GCN features.

Not when you drop clocks by 20%. Reviewers/Gamers are never happy anyway, so fuck them and go workstation only.

Yeah AMD drives seem to be a bit wonky from time to time lately.

Yeah this is very confusing. On one hand I have every tech video just laying into AMD for doing such an terrible job and actively recmending more expensive less powerful cards simply because the drivers are better, but there has been no real noise for actual day to day users here.

Also the “overclock not working”
How many people are affected by that? 5% of customers?

That is a point right there, is that an issue because this is the first I am hearing it.

Yeah if the drivers were as bad as a few tech youtubers claim it to be, there would’ve been a huge uproar by now.
I strongly feel that there are a few defective cards out there, and while the drivers are very unpolished, due to that nature they seem to not work with every permutation/combination of systems out there.

Oh yeah I am not gonnamake out they are super wonderful and j can’t even judge the current ones as I am behind on them due to win8.1 not being supported. They do need work. But like you say other than edge cases and defective hardware which has shown up people seem fine with the drivers.

Looked over reviews on Mindfactory for the 5700xt’s, seems there are some people who have issues, but percentage wise, it is the same as on the RTX cards.

So it all boils down to:

wow that’s just sad to read maybe just read the driver patch notes?
if you don’t notice driver issues every user has that doesn’t mean they are not there.

ah and mazeframe you should have a basic read about turing before you claim it just has the same cuda cores because that’s not the case with turing i even named the new cores and ignored RT cores.

I’ll chime in late - I have two 5700XTs one reference one AIB - I have used them with systems supporting PCIe G4 and PCIe G3 and with plane-jane 60Hz no adaptive sync tech monitors, 144Hz Free sync monitors, 100 & 144Hz G sync monitors all without issues. Admittedly, I do not OC GPUs and typically don’t mess with fan curves or running multiple displays off same card either so perhaps I am not a good example in that respect.

I feel that the majority of folks that have issues are down to not installing drivers correctly - by that I mean removing old drivers first - something like DDU etc. Not to say that there are not some bad hardware’s out there - that’s a matter of numbers - bound to be some flawed units hitting the streets for sure and not limited to a particular model or manufacturer or technology.

TLDR;
@MazeFrame sums it up best:
So it all boils down to:

Well there are of course a couple of bad products out there,
when it comes to 5700 and 5700xt´s.
I mean the Asus Tuf series arent really that great for example.