hi there i just need to now if with this build http://pcpartpicker.com/user/zoura20/saved/1nCZ i can play BF3 at high settings smooth i know 4gb of ram is sortof bad but i dont have enough for 8gb of ram (right now) i do plan o upgrading this PC tell me what you think of it and post any suggestions thanks

Well im new to alot of this stuff, been learning from lurking videos and reading stuff lol but heres what i did

Ive seen from places the 7770 is quite good for the money, Buddy has it belive he plays BF3 on high with very good frames for what it is.

8GB of 1333 value ram, From what ive seen and read the speed of ram doesnt matter that much in gaming unless your using an APU

^^^^ there is no operating sistem with that one

He has a PC already, so, he can get the license of the OS from that one and transfer it to the new build.

I'm thinking APU build with crossfire with the 7790 maybe. IDK What do you think?

I'd suggest "getting" windows 7, but if you really are committed to buying....

APU build without an HDD. Part out the HDD in your old rig and slap it in there for the mean time till you can get extra storage in the future.

You get CrossFire with a 7770 Ghz Edition

And you have room if you want to get a new OS if you really need it...

Damn!!! Seems I misread your post. I thought you were upgrading from an older PC.

And you only draw 265w of power which your PSU will love you for doing that.

You cannot crossfire an APU with A 7770 either..

As I stated. The HD 6670 is the max for current APU crossfire configuration.

yup, I misread the manufacturer's site: 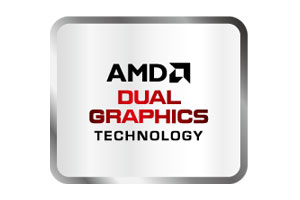