I took a gamble and got this monitor. Extremely impressed so far… However… I’ve run into a problem after DDU a few times to try different Nvidia drivers for clean install. Now I have an invisible horizontal line about center screen. This is over displayport. It’s as if there is no Vsync running on the desktop. I’ve tried clean installing latest Driver 411.70. All drivers, the line is still there. Tried system restore, still there. Anybody have any suggestions? 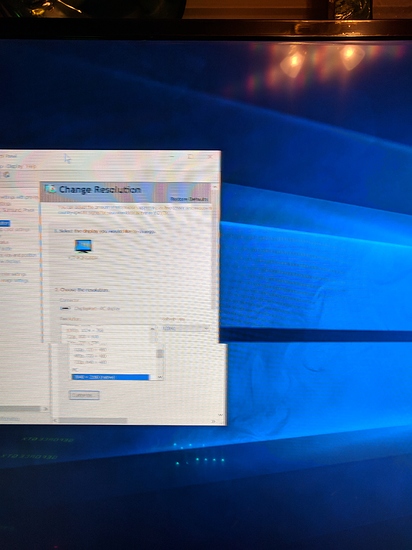 Does it persist in bios or a boot cd? To make sure it isn’t a hardware problem.

I will check this, brb. Yes it’s still there.

This is a strange one indeed. So I also reinstalled all drivers as well as installed an update allowing for dp1.3 and 1.4. No change. I still have this strange invisible line. It’s almost like a bios was corrupted on the gpu’s or on the monitor itself.

You are running dual display port ,right? Try both a different refresh and a different resolution separably. Could try the Nvidia Profile Inspector

Sorry to hear about the monitor but may I ask where did you bought it?

Also do I see in the reflection two Geforce GTX cards? maybe try disabling or pulling one out.

Ok so after a whole day of troubleshooting… Sometimes you gotta sleep on it… Turns out it had something to do with whatever profile is created on when plugged in, I’m not sure. I tested the monitor on a different computer, tearing was gone. I moved the monitor back to my computer, tearing was gone. I was prepared to flash bios of the monitor which was supplied by Wasabi, and attached here in case anyone ever needs it. Also was prepared to flash both GTX 1080ti’s bios. Even Nvidia engineers were aware of this… actually… They informed me that something similar to what I described here was an actual problem on recent drivers, they said they fixed it… I did a lot of reading last night turns our this stuff had happened to many people on GTX 1060’s and Titan’s from what I understand… Anyways. Glad it’s fixed.

So I can say I love this monitor. I tried the Alienware 34" 3440x1440 120hz gsync… and with gsync on it was like a bottleneck. GPU usage would throttle and fps would suffer. So I would end up turning off gsync, only to ask myself why I got this monitor. With the Wasabi, the colors pop. This is an IPS and I see no backlight bleed or dead pixels. Obviously the drawback is poor customer service/tech support but hey… Many of us who decide to maintain our own PC’s should be just fine. I find that even without gsync, this monitor is smooth. I don’t hit 120 fps all the time. Take Witcher 3 for example… usually hovering around 80-90hz, but on occasion, it jumps all the way to 120-130. I turn on HDR but being I think it’s 400 nits, I can’t tell much difference. All I can say is a purchase decision on a monitor under 1k… very happy with this. I’d rather support manufacturers that release things with dp1.4 in a 43" than to encourage companies like Acer and Asus to release 27" for $2000. The sad fact is both are limited to 96hz for 10bit. Can’t speak for Acer and Asus but this is full 4:4:4 at 10bit… and it’s a joy for gaming and daily work use.

@MrTank It runs on just one displayport 1.4 cable.

@alphazero1990 I got it from Daysale on Ebay 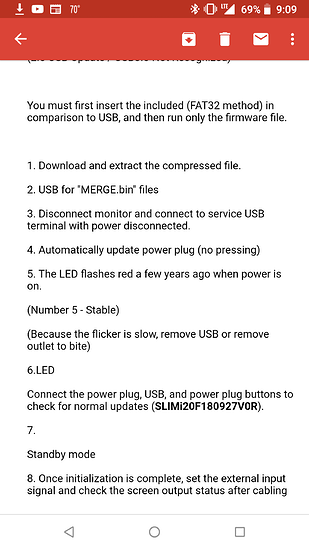 Wow next level Monitor with firmware upgrade. I am glad those 40"+ 4k monitors are coming back. Need one myself for the living room. Cuz fuck TVs if you have monitors like that. No android/andwhatnot garbage.

Glad you got it sorted out.

They need to start rolling out some of these monitors in the US. I’ve read Samsung, LG has some coming…

*I take that back… Lol

did you test that its not dropping frames at those rates?
and is this over one or 2 displayports?

Yeah I’m sure it drops some. The quality was degraded to 6 bit, but it was just cool to see it.

Hey I just purchased this monitor and I’m wondering what your review would be. I can’t find any information on input lag.

The input lag… I honestly did not notice any, but this comes from someone whose games on mostly 4k TV’s. Regardless, I think you’ll be happy.

Let me know how you like it. What’s your setup?

I9 9900k, 2080ti, 32 gb ram, 1tb ssd, second monitor is acer 240hz. I’m changing my primary display from a Samsung 55inch 4k TV to the wasabi mango. I’ve purchased an Asus 27 inch 4k 144hz in the past but returned it because it was just to small coming from a TV as my primary display. I received the mango yesterday and it has a vertical line in the display due to a bent panel. Luckily amazon is sending me a replacement tomorrow. All that being said the display looks promising. The 4k pixel density at 43 inches looks perfect to me. Also input lag is minimal and hdr isn’t as horrible as people claim as long as the TV menu is set to hdr mode.

Also I can confirm frame skipping when panel is overclocked

Totally agree. I thought the picture quality was actually better than my LG 4K TV. Are you setting the panel to 8-bit or 10-bit?

For hdr I choose 10 bit when I know I won’t need more than 96 hz. Anything above that I stick with 8 bit

Does anybody know if the “response time” setting in the menu is basically overdrive?