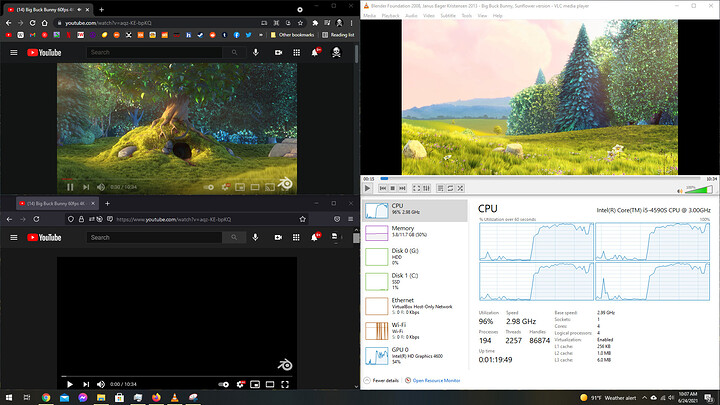 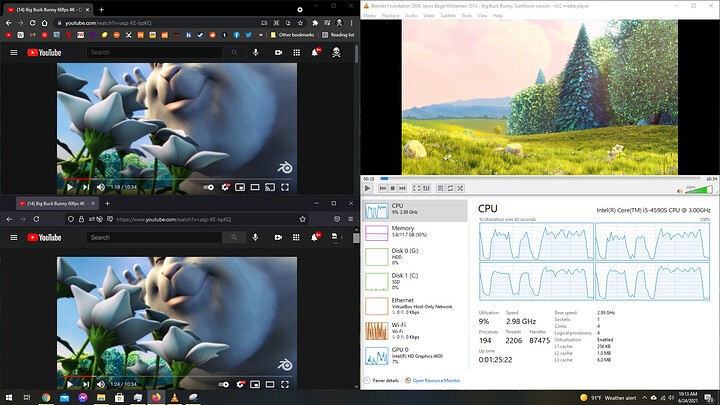 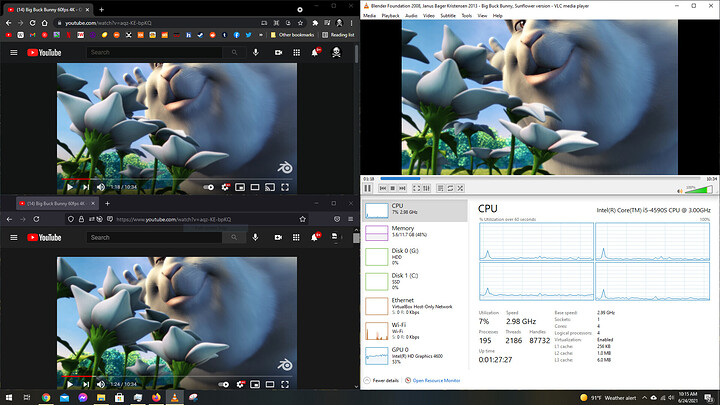 Could you please do the following:
Post the output of
chrome://gpu in chrome
about:support in firefox
And also, enable the “stats for nerds” in youtube and post the output here.

What’s most likely happening is that VLC is using hardware acceleration and using a codec supported by your hardware (h264) and chrome and firefox arent. You can check this out by installing this extension on firefox and chrome; GitHub - alextrv/enhanced-h264ify: A Firefox/Chrome extension that blocks video codecs you have chosen on YouTube and only enable h264. 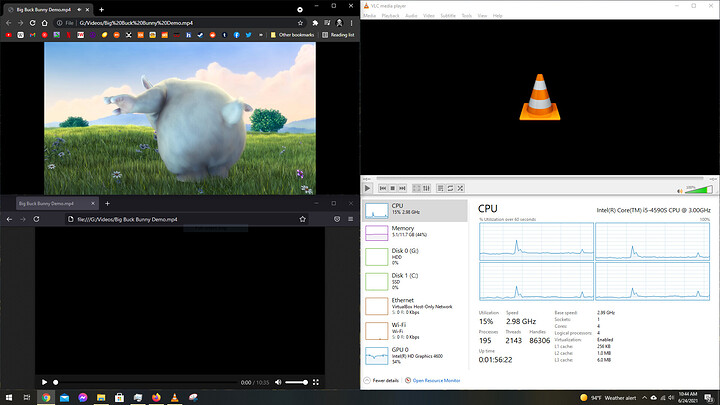 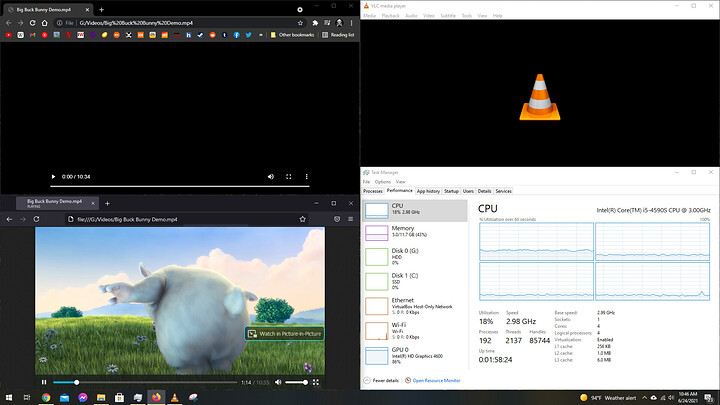 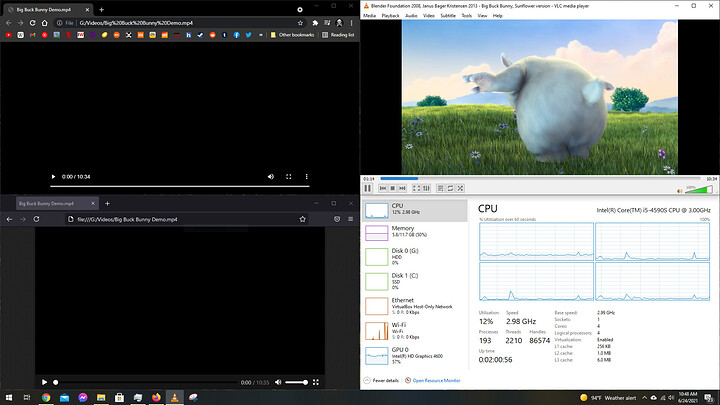 Again, give us the stats for nerds info. It could very well be the downloaded version and the streamed version are using different codecs and containers.

And post the resource usage and stats for nerds again. Should be way better.

We need you to also post the VLC stats. It could very well be that the video is only available at 4K using vp9 and vorbis and VLC fallbacks to 1080p as well to do hardware decoding.