I have been having issues with getting 4k Netflix, and the customer support representative had no clue on technology and just read from basic notes.

I have no problem running 4k from other sources (games, Youtbe, etc) but Netflix isn’t offering 4k even though I have the top tier subscription.

Where it gets interesting is I read post where people were running 4k netflix just fine, and got cut back to 1080p after a Windows 10 update.

Does anyone have any insights what is going on? My best guess is whatever query Netflix is making to my machine behind the scenes is reporting back negative so I am not offered the option.

I’m not sure that is correct. The HEVC extension is on my PC and on new installs I’ve done recently.

Though, I haven’t tried any 4k Netflix, so I’m not sure if it works or not. 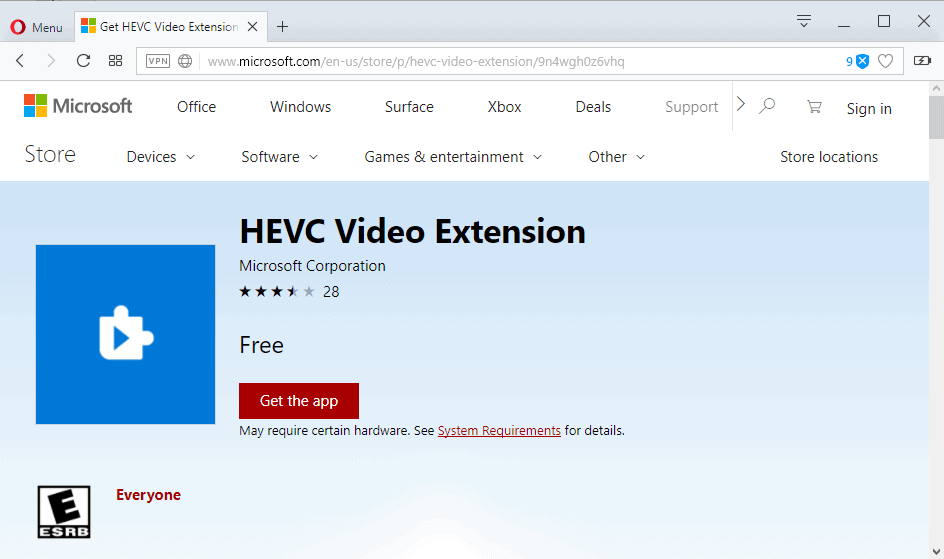 New installations of Microsoft's most recent version of Windows 10, the Fall Creators Update version or version 1709, come without support for the HEVC codec.

Thanks everyone for the help. I believe I had HEVC, but reinstalling it didn’t fix things.

I talked to a different Netflix rep who was a bit more tech savvy, and after on hour we finally got the higher ups to check on what the handshake was reporting on the back end.

It is an HDCP 2.2 issue. I guess my receiver is probably not complaint. Hard to tell since the Nvidia diagnostic won’t say what level of HDCP your hardware link is meeting.

It would be nice to know how to bypass HDCP, but I am not sure if that is allowed on these forums (even if I am paying for the 4k content).

I’m not sure it is possible to bypass hdcp as it is a 2way handshake due to encryption.

Does this apply to the Netflix app?

Do you have a HDCP 2.2 compliant monitor? I guess everything in the chain needs to support it. Well, either of the chains, cpu + edge browser or nvidia 10xx+ card, cable and display.

i bought a little box off amazon since my TV doesn’t do HDMI 2, and I wanted to try and watch 4k content from a Roku streaming box. HDMI in + power, HDMI out and problems solved.
Don’t think of this as bypassing HDCP 2.2, think of it as converting it to HDCP 1.4 and making your hardware compatible.

Nice affiliate link snuck in there

Yes, those HDCP 2.2 to 1.4 converters are handy both for it’s intended purpose and as a HDMI extender.

Though, I don’t think Netflix via Edge supports surround sound IIRC. In that case you may be better served by a Roku or Apple TV.

Yes, it applies to the native app as well. (According to those articles)

Did you use this for Netflix?

I wasn’t sure if those boxes would work, since Netflix is actively querying, rather than a static query from a Blu Ray.

Well it would have to be cracked, and honestly that is something I have been looking for. I am in Canada and I don’t think we have the same harsh law as in the US where it is illegal just to modify software.

Either way I would be perfectly happy to stand in front of a judge and say that not only is Intel violating our local consumer protection laws with HDCP, but I had to bypass it to get the content I PAID FOR.

Your in the wrong thread.

there are two version. searching for hevc takes you to the paid one it seems by default

@Grim_Reaper @Methylzero While I agree that DRM is not good, nor is it the perfect solution this sort of response is not constructive to the topic at hand.

If the thread had been about the ethics of DRM then that would be different. But it is about an issue in the toolchain with OP’s device(s).

Yeah I found both. Got a refund when I reported the error to Microsoft.

Hmm I cannot remember sorry! I think the Roku device needed it for any form of 4K. Rocking an Nvidia shield now.

Yeah, sry about that. DRM is just one of those things that gets me fuming rather easily.