So my 32GB M.2 SATA SSD just died after a month's use. Could you guys recommend me a replacement 42 mm drive for my laptop? Anywhere between 128GB and 256GB, preferably under $100.

Was looking at this: http://www.amazon.com/MyDigitalSSD-Super-Cache-Solid-State/dp/B00EZ2E8NO

but wasn't sure of the durability of these drives.

EDIT:
The reviews seem pretty reasonable and positive but looks like it depends on the person so your luck may vary.

Whoops, was looking at the wrong one haha. I'm fine with 128GB as long as the drive is reliable. I store most of my stuff on my desktop anyways.

Okay, also if you are willing to spend a little more there is this Transcend 256GB M.2 2242.
LINK

Its got pretty good reviews itself but nearly double the cost unfortunately.

Eh, just a little more expensive than other 256GB drives. I'll probably just stick with a 128GB drive because I have enough SD cards and flash drives to store anything that won't fit. 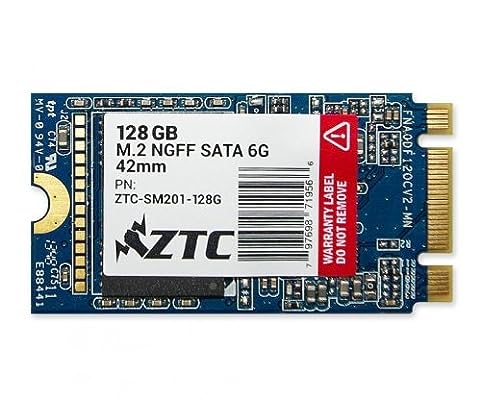 Ordered this. Has a 3 year warranty and much faster write speeds than other 42mm SSDs at it's price point.