You should get the 290x. Its cheaper and performs better. And...you know..#4GBmeans4GB

Considering updated drivers and an aftermarket 290x, I am going to say that it is a toss up.

At 1440p they're both equals. However, R9 290x requires a good aftermarket cooler and PCB design to fully shine, think of Vapor-X and Lightning Edition, and it is a power hungry card. GTX 970 is quite and more efficient but only has 3.5gb.

Feature wise, you have PhysX and Gysnc (more stable a mature than FreeSync for this moment), and a lot of the multiplatform games are more stable on Nvidia just cuz of developers.

Weigh in this variables for yourself and make a purchase out of the outcome.

When it comes to power, they are pretty much exactly the same. For me they also cost exactly the same, don't know about you. Basically, it's a choice between a lower TDP and 'true' 4GB.

This level of performance is also just right for 1440p 60FPS

I would probably go with the 970 because it has all of nvidias new tech and stuff. If you don't care about streaming to a shield device and that stuff then you may want to look at the 290x if you can fork over the extra money for a good aftermarket cooler however this will still consume more power then the 970

I would personally say wait. come around june-ish the 390x will release, and will basically be a better 970 (and possibly 980) without scamming you. Nobody in their right mind should support nVidia after false marketing 4 usable GB of vram and not delivering a fully usable card. at 4k, the 970 will have some slight issues, your best bet is watching some videos on the topic. Also keep in mind AMD's ability to crossfire with different cards that are in its series.

@awizzardsgizzard I'm not entirely against you however, I would like to see what tests show the 970 suffering in 1440.
This article seems to say the the ram doesn't affect it (because of the 970's ram speed) JayzTwoCents's video on the topic also seemed to find no issue with the ram again because of the cards ram speeds. The only issues seem to come up at 4k and they still aren't too bad.

my mistake, I mixed up 4k with 1440p. fixed now. It's definitely powerful and good right now, but future proof it's bunk. Also nVidia is a terrible company.

290 and only because of all the shitty proprietary tech stuffed in at a premium on nVidia cards.

What is your current rig spec? ~ specifically the psu.
Either gpu would do, grab what ever you can get the best deal on ~ game codes etc.
If it were me I'd grab a 290 (nonX) on release day of the 3xx series. They should be dirt cheap.

Can get a good 290X (non-reference) for less than $300 right now if you shop around. That right there makes it a no-brainer IMO.

But it depends on what you value in a GPU. For me it's performance per dollar.

The whole "290's run hot" thing has been blown WAAAY out of proportion by the community. It's really only the reference cooled cards that had significant heat issues. Most of the 3rd party cooled cards run just fine in terms of temps.

Do you keep your heater cranked on full inside your PC or something? It's really not hard to get a couple case fans or try to regulate heat.

Let this be exhibit A.

I am 100% definitely not making this up. 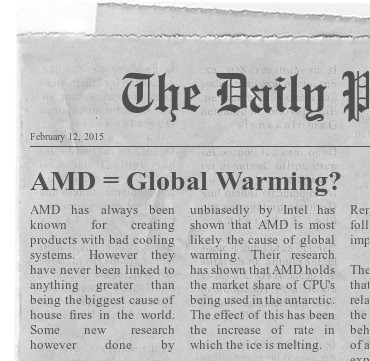 The R9 290 in my system (HIS IceQx2) rarely exceeds the mid-70's and that's with a mild OC and in a case with poor air flow. It's also pretty quiet as well.

I've had the same question 2 month ago and I went with the MSI twin frozr gaming 290x.

Overclocked, it never exceeds 80-82 degrees C. in benchmarks or intense gaming, and it is not very loud either in my NXZT h440 case.

As far as performance goes, if you are not using linux, the 290x is equal and sometimes better sometime not better than a gtx 980.