DAMN why do i have to be broke at a time like this. 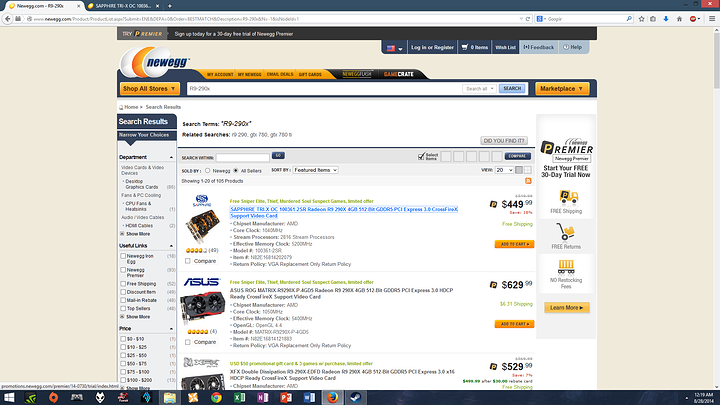 it'll be the end of the world once we get a Single GPU that has Stream Processors that Rival or Come close to an old 7990. lol

These numers are still rumors!

If you think about the R9-285 numbers, maybe the puzzle falls to gether for you guys ;)

look at the numbers lol xD

7870XT is Tahiti Le, Tonga is an updated version of the Tahiti chip.

i thought about jumping on the 285X train so i could get rid of my 770 but i think i'll wait a bit till AMD sets our Rigs on fire with the R9-390X. i just want AMD to get their shit together with a Reference Cooler. i actually liked the Hawaii Reference cooler but their performance was straight rubbish.

if they can keep their prices under Nvidias (shouldn't be too hard) then they should follow what they did with the 295x2 and add water. IMO

I expect the cards to draw a lot of power (shocker), however I think they will run cooler, I doubt amd didn't learn from Hawaii and its heat problems.

Fucking right? I ordered that same card, the 290 version yesterday for 419.99. I checked and didn't see it on sale when I ordered. Oh well still super nice card and okay price, don't need the extra power anyways for 1080p :p