2500K to Ryzen - Finding a balanced config for purely gaming

I’m purely a gamer, and I’m considering my 2500K as I do occasionally run into a CPU bottleneck with my R9 380X. It is overclocked under a 240mm CLC, but I don’t have control over ambient temps, which are fairly consistently over 32°C in the summer months, so my safe 24/7 OC is very mild at 4.2GHz.

I’m considering a complete system rebuild, and for my core components, I’m considering an RX Vega 56. The problem is with the CPU. I’m purely a gamer, so I know Intel has the high end on lock, but I’d really rather not pay $300+ for an i7 just for it to be obsolete. So, I’m looking between Ryzen 5 1600, or 1500X.

I do game on a 75Hz Ultrawide 1080p monitor, so the goal is high settings 1080p75 (ultra-wide is 33% more pixels than standard 1080, so I’m trying to compensate for that as well). Where I’m running into trouble is determining whether RX Vega will be overkill for for my purposes, and which CPU will be the best match. Had I been doing any sort of content creation (video editing, streaming, rendering, etc), I wouldn’t be asking (1600 is the obvious choice). So as a pure gamer, with an RX Vega 56, would a Ryzen 5 1500X be an appropriate pairing? I do plan to OC using the stock cooler, so I’m not sure I’ll save a lot going Ryzen 1400, as that would be downgrade in cooling, possibly necessitating an upgrade.

I’d appreciate any input on finding a balance.

I’d highly recommend you spend a bit more and get s 1600.

The 4 core Ryzen chips would probably be fine but aren’t particularly good value imo and a 6/12 CPU will really help especially as time progresses.

Big reason why I’m avoiding Intel - I wouldn’t have that upgrade path. I don’t think the AM4 socket is going anywhere anytime soon.

Anyway, with the reviews I’ve seen from Paul’s Hardware, Hardware Unboxed, and Mind Blank, it seems for gaming performance, the 1500x (more so the 1400 OC’d) provides noticeable better value for strictly gaming performance. Even if we do get to the point within the platform lifetime that games do utilize 8+ threads efficiently (which I doubt, as Intel will hold the industry back), the longevity of AMD sockets will allow for a dirt cheap upgrade to a higher core-count refresh of Zen.

I don’t know - this type of thing can really go either way. On the other hand, if the 1600 provides enough threads to stave off an upgrade for a couple more years, the slight premium may be worth it, even if I don’t immediately see the gains; the value proposition could really pan out and then some in the long run.

Coffee lake will have six cores. AMD is pushing multithreading, not just on the PC but also on consoles. Intel can not hold that back any longer. And today’s game engines are making use of that already.

You run into a cpu bottleneck with a 2500K on a 380X?
That kinda sounds unlikely to me.

Never the less Ryzen 1600 is definitelly a nice platform to upgrade to.
However dont expect massive improvements in gaming performace with that same gpu.
But if you are going to upgrade your gpu aswell, then i would say go with a 1600 really.

Not a severe one, but BF1 - has my CPU pegged pretty good, and I’m short of that 75FPS mark, and adjusting video settings doesn’t do me any favors, ergo CPU bottleneck.

I’m upgrading to an RX Vega 56 as well. I’m not sure which would be a better pairing for the value between 1500x or 1600. Seems like everyone is saying 1600, which is what my gut was going with. I just don’t want to spend extra money to leave a lot of performance on the table since I’m purely a gamer, and games aren’t leveraging 12 threads yet.

Also depending a bit on your background processes aswell ofc.
An i5 is just a 4 core with no HT, so yeah games like BF1 really tax hard on the cpu.
And any minor interupt of a background proces might result in a hitch.

Its true that most games still dont really benefit all that much from more then 4 core 8 threads cpu´s.
However going with a 1600 its not that much more expensive then a 1500X.
I personally dont really think that a 1500X is a great deal.
However the 1600 for just over $200,- for a 6C / 12T cpu + a pretty reasonable Wrait spire cooler seems like a pretty decent deal to me.
And if you overclock a 1600 with a bit of luck on a decent board you might get arround 4.0Ghz out of it.
Which will put them very close to even the 1700(X) / 1800X in allot of games.

I’m not counting on 4GHz - quite frankly, I’d be lucky to hit 3.8GHz. My room has a heating effect, being on the second story in directly sunlight, with a black roof and dark paint; it is consistently 32°C or higher in my room hitting 38°C during the warmer days. Hardware unboxed got their 1600 sample to 89°C on stock cooling at 4GHz with a 21°C ambient. I don’t think there is any hope of me hitting 4GHz without severe thermal throttling.

Thanks for the input!

Sounds good. Think about one of the cheaper X370 boards, it is a little more (around 50,- bucks extra) but the VRM situation is far better. @MisteryAngel, you have your list on hand?

List of best Ryzen AM4 X370 boards in order to buy.

Based on vrm implementations and feutures.

The best of the poor B350 boards in terms of max current capabilities on the vrm.

But they are still pretty poor regardless.

Because I’m a weirdo and sometimes wonder what was the outcome of topic I advised on, I decided to necro to post an update.

I was actually content to ride out the 2500k a while longer, but I upgraded to Vega56 and my mobo stopped posting; long story short, I upgraded to a Ryzen 5 2400G (because urgent nature, and local store didn’t have 2600), and shortly after, I ran into CPU bottleneck in Assassin’s Creed Odyssey, even after pushing to 3.85GHz; the game does scale to 6 cores, so everyone recommending Ryzen 5 1600, even for strictly gaming, has been vindicated (because value doesn’t mean a lot if it doesn’t achieve the performance desired).

So, my system is now: 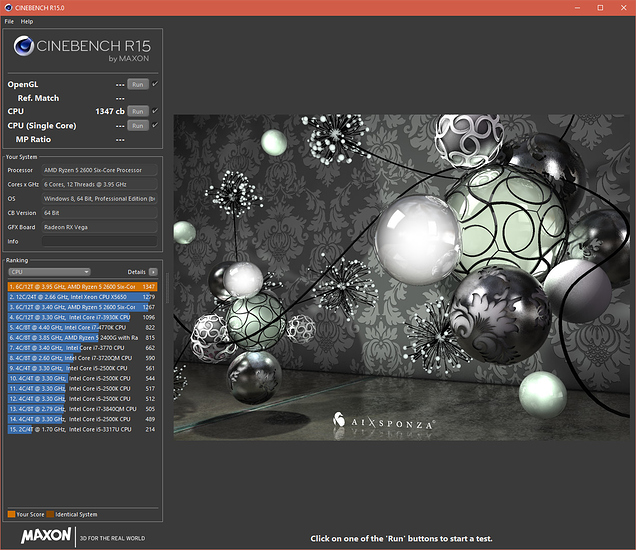 And Odyssey is so much smoother; dips aren’t nearly as bad (despite that outlier; tossing that I think my minimum was in the 41, where the 2400G would tank to 31). 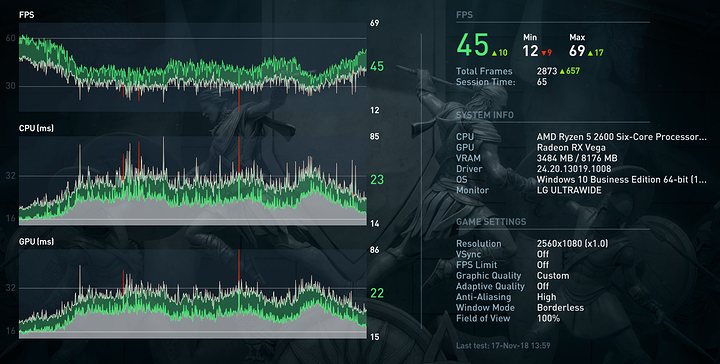