Just wait a few weeks for the AMD stuff and the nVidia stuff to come out and independent benchmarks to verify. Especially on the 1070 which I think is going to not perform as well as people think...

I agree. Everyone's on their hype shit because of benchmarks provided by Nvidia. The benchmarks are always so unrealistic with the information given before the cards come out.

what would you do?

How much is the 390? Every time I got a reduced vram card I always ran into vram limits a few years later.
I don't think ive hit the 3.5GB limit at 1440p in anything besides dying light, but look up the games you play to see what they actually use.
If you are running 1080p and don't plan to go higher the 970 would be a great card for that price, but I would probably spend the extra money to get a 390 instead.

Either way wait another week or 2 for the 1080/1070 NDA to be lifted and see actual performance numbers.

Either way wait another week or 2 for the 1080/1070 NDA to be lifted and see actual performance numbers.

I'd wait until at least polaris launches. The 970 was beat by the 390 so I wouldn't doubt that the 490 could beat the 1070 (of course this is all speculation at this point which, if anything, should be more of an incentive to wait until we have hard evidence).

1070 still have 8gb ram
cant go wrong with that

I already have one 970 so for me getting a second one would be the way to go. 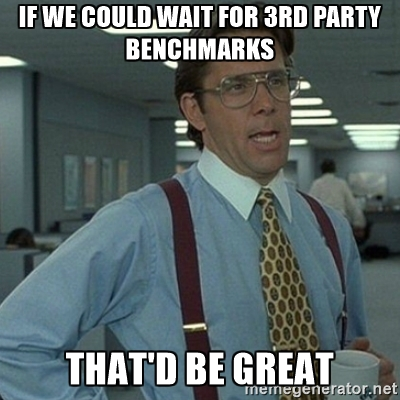 Currently I'm planning on grabbing a 1070 when the board partners start doing their thing. I am also planning on sticking with 1080p for a while. My thought and hope is that a 1070 should handle all the new stuff coming for a few years at 1080p and maybe even 1440 pretty handily without needing to add more power.

Not much to say about the GTX1070 right now.
It will be out 10th of June or so.
i would personaly wait.

If you intend to never use Linux, then AMD is a decent choice, the 1070 is meant to be priced about the 390x, and the 1070 is claimed (and showed) to be like %5 faster then Titan X at stock! (yes there are actually benchmarks out, but we all don't trust them for whatever reason).

I have already had one 390x DIE on me, just so you know. Before that my 290x cards died on me, I'm sure AMD's new cards won't do this DYING thing right?! Anyway don't expect AMD Polaris 10/11 cards in June, would be surprised if they started showing them off then!

Don't go for the R9 390. It consumes a lot of power. I made an excel document calculating the power cost running a card for 3 years every day for 2 hours and it comes down to 160$.

I'm confident that the amdgpu and amdgpu-pro drivers will do a pretty good job on Linux with the new cards.
The open source part of it makes things way less complicated for the distro managers and you. Especially if you use a rolling release distro.

Yes the AMDGPU driver will only get better, but how long until it becomes [email protected]+ usable? So far the only games I've be able to get that with is Shadow Warrior and stuff like Stellaris. Warthunder/ARMA3/ARK all chug to death on AMD hardware under Linux unfortunately, I'm just not willing to wait for 2 years for AMDGPU to get good enough for that content to work thats all, I'm sure it will get there one day.

In saying that I won't be getting a 1080 until end of next month, and AMD's new amdgpu-pro driver will have a updated release by then I'm told, so if it suddenly works ALLOT better then I will hold off buying the NVIDIA card. But another thing to consider is that apparently AMD are dropping high end cards for the time being, meaning we will only see low-mid end cards with Polaris, no 1070 or 1080 killers in other words! Told we may need to wait until sometime next year for that, if at all (nvidia will have a whole new batch out by then also).

That's actually AMD's goal along with freesync on linux.
The reason for your bad fps is that you don't have the proprietary part yet. You're running on half of the driver.