I use Firefox Focus on both my work and personal phones, for the last few weeks. It works great. I was a Chrome user before, but it appears to do what it says and is zippy. So it stays. 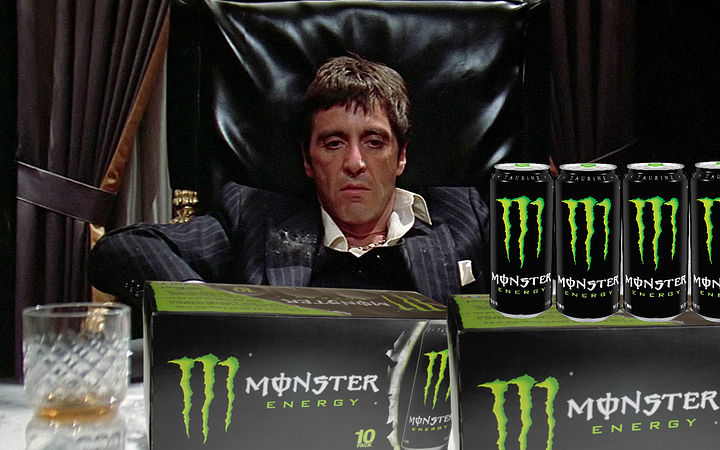 I use Firefox Focus on both my work and personal phones, for the last few weeks. It works great. I was a Chrome user before, but it appears to do what it says and is zippy. So it stays.

I wish it worked for the desktop though. : S I have a pc here I was talking about just yesterday with people on here that has only 4 GB of DDR3 ram and Google Chrome just eats it up. : S

RE: The shipping company theft, just imagine what happens when these container ships are completely autonomous. They go along their path and if you can stick to blind spots and design your theft boat to be invisible to radar (I’m thinking stealth bombers here, but with no bombs) you can steal shipments without anyone even knowing until the ship gets to the destination.

Could you please either convert all of your audio to mono or properly positioning audio, it feels incredibly weird watching the podcast and hearing Ryan coming from my left side, whilst Wendell is coming from the mid-right side.

When people ask me “Why do you spend so much time on that site?” . . .
I’m gonna show them the first 3 minutes of this weeks news.

One issue when it comes to video cards is you may not be able to switch between sides easily depending on what monitor you have. I have an AMD Freesync purchased when I built my system a couple of years ago to go with the RX 480. Now I dont want too, but I can swallow the cost of a 750 dollar 1080Ti on my next build. What makes it difficult is I need to purchase a GSync monitor because NVidia REFUSES to support adaptive sync without paying them up the ass for it (through the monitor module adding hundreds of dollars). Same thing with swapping from green to red… pony up for a new monitor. So now I need to swallow 1450 dollars instead of just 750 IF Vega is pure crap (and I’m not sure any AIB can perform massive miracles with the base chip being so bad). Now the only thing that would help switching would be a 50 to 90 buck price reduction on power supply. This is what is angering me about the pricing… a 499 Vega 64 reference will usually mean 600 to 650 AIB card. Now… a 599 Vega 64 puts it in the 1080 range in performance, for 1080 Ti pricing with AIB’s. In this realm this is a giant shit sandwich.

Politicization is, in fact, a real word.

Played with firefox focus some. It is very hard to like after using firefox for a longtime. The lack of extra functionality is hard to forgive after all this time of various extensions. Might try develop a testing method to see what it is actually doing/leaking to the internet. Firefox has jumped onboard with censorship and controlling free speech and this may all be a mute point as firefox just shot themselves in foot. What I recommend to do is to migrate away from all the most commonly used browsers/ companies.

Container ships are like merchant ships of the late middle ages: Designed to carry cargo
And with 12 thousand containers on a 400 meter long vessel, you can´t just play dodge ball.

Still sad the shipping industry does not have the money to invest in decent secruity system, at least in the IT sector.

most cars equipped with ABS , the ABS system can be totally disabled by removing the ABS fuse. this removes power from the ABS pumps , and they then default to a “normal braking state” which means no antilock (but still functional as in your old 1977 ford truck style) brakes. this is by design to prevent the ABS from working if there is a problem with sensors , the pump(s) or other ABS parts, so that you can still brake as needed.
removing the fuse will at least turn on the ABS light and probably the brake warning light (the park brake is on /low fluid light) .

playing this now but still so far none hold a candle to firefox and its extensions.

Thank you for another great episode!

A bit off on the SEP story. All that was discovered was a firmware encryption key for a specific iOS version on a specific device model. Each device and each firmware version has a different key, and the code is still signed with a separate key and required to pass a the signature verification before it executes. The encryption mainly deters reverse engineering. Apple has not relied on encryption of the firmware images for actual platform security in a while.

Hi from Australia,
TL:DR NBN although a government funded monopoly (with providers of last resort being the monopoly in some areas) NBN is by its design net neutral.

Technically “NBN Co Limited is a wholly-owned Government Business Enterprise formed to build and operate a wholesale-only national broadband network across Australia.” The key words here is “wholesale-only” so NBN only handles some data preferentially specifically voice TC-1 (which is sold on a specific connection port called the UNI-V as well )

If somebody wants to read and explain it better here is the wholesale pricelist for NBN co (which is ex the GST tax of 10%) http://www.nbnco.com.au/content/dam/nbnco2/documents/sfaa-wba2-product-catalogue-price-list_20161205.pdf

But don’t go looking for anything at a retail level faster than 250/250 because that needs more cost by the retail ISP.

Oh and here is the official NBNco phone info: http://www.nbnco.com.au/content/dam/nbnco2/documents/voice-on-the-nbn-fact-sheet.pdf

The battery referenced in the above document is now an optional extra in newer fiber installs.

From 4.6 of the above document: {Retail ISPs that are NBNco} Customers are free to control their own End User experience, through contention applied through dimensioning of capacity between the AVC and CVC.
That’s where the slowdown or “congestion” occurs for people.

Full disclosure: I do not work for NBN I just have had to deal with some crappy ISPs blaming NBNco for “congestion” knowing the technical information in regards to how the congestion is not on NBNco side and is simply due to cost of the AVC and CVC and using those two terms generally gets an escalation.

Love hearing about new battery tech! I don’t think there is concrete evidence for long term (aka replacing all cars) of the claim that lithium supply will run out though. When demand ramps up, new mines will open. Though there could be some price turbulence as demand increases. Most comes from a few large mines so more mines might actually bring prices down. Lithium only makes up 20% of the cost of batteries in the case of Gigafactory 2170 cells. This article could well be biased, but worth looking into: http://benchmarkminerals.com/elon-musk-our-lithium-ion-batteries-should-be-called-nickel-graphite/

Short term supply issues possible:
"As stressed by Tesla, lithium is an immature market that is not exchange traded. Last year, only 15,000 tonnes of lithium hydroxide was used in batteries.

Tesla alone will need at least a third of this quantity in 2017, its first year of Gigafactory operation.

While FMC Lithium were the latest to announce plans to triple its lithium hydroxide production by 2019 to 30,000 tonnes, the question remains whether there will be enough feedstock product available to supply this."

PS I love the one tab hopefully it was just this week you guys didn’t post!