any suggestions will be appreciated

Note: 1500$ only for the built not for the accessories I already own a display, mouse, keyboard, desk.

What video editing software are you using, in any case I would probably choose the R7 1700 over the i7 7700K. Although for gaming the i7 7700K edges out, but even then I have trouble favoring that CPU with half as many cores unless each core was like nearly twice as powerful and not 5-10% more.

any suggestions will be appreciated

Note: 1500$ only for the built not for the accessories I already own a display, mouse, keyboard, desk.

There is a GTX 1070 Ti card coming out sooner than later most likely so maybe wait and see what that is priced at. Also make sure you load up on the ram as I am finding while gaming and streaming and doing other tasks 8 GB isn’t enough anymore to do what I want.

Agree, he should probably wait for GTX 1070 Ti, Vega 56 is another option but I think the GTX 1070 Ti may be more compelling.

As far as RAM goes, 8 GB is tight and for a higher end build like this one I would recommend more but probably enough, he should shoot for 16 GB or 32 GB if he is doing video editing too though. 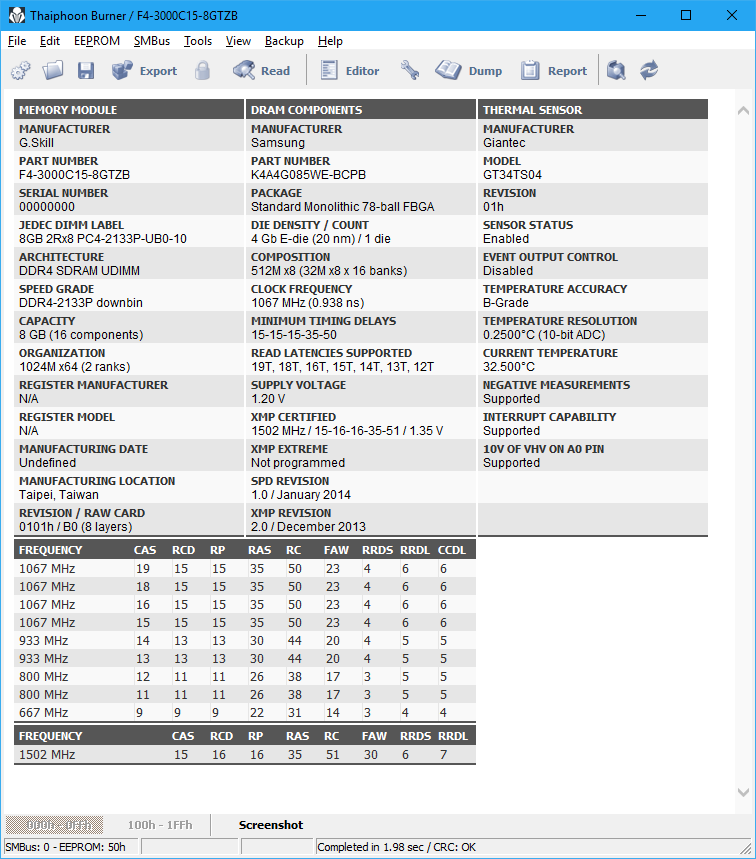 Honestly, they would probably run at 2933MHz… but I don’t know for sure.

I like @MazeFrame selections with a little tweaking. I would not spend extra money on a CPU cooler. Better to spend that on a motherboard and ram.

Keep video files on and render out to M.2 until complete then archive to mechanical drive.

If you ignore the rebates, it’s a bit above budget (1560), but you’ve got a bit of overclocking, NVMe, 24 Gb RAM, and a nice case.
I can help you to shuffle around the costs, just let me know

EDIT: for example, you can save some money with a SATA SSD instead of NVMe (or keep the price for more storage), you can drop some RAM (though I don’t recommend it for editing), you can get a larger hard drive, you can pick a cheaper case, or drop the CPU cooler. There are options

Here: this is cheaper, still NVMe, still 24GB ram, now with 4 TB of 7200 rpm spinning rust, just a not as nice case with less CPU overclocking room, I figure it’s money better spent if value is a big concern, though where the value lies is preference
https://pcpartpicker.com/list/Nn8Qr7

Here’s my take on what you could do it’s similar to @Raziel build. It differs in that you get the Asrock X370 Taichi motherboard, which arguably has the best VRM implementation of any X370 board. This coupled with the Cryorig H5 Ultimate should in theory allow you to achieve a fairly decent OC. You also get a GTX 1070 with a slightly higher base clock and an EVGA PSU that’s Superflower based. Both Seasonic and Superflower are great, but I personally prefer Superflower based units. Anyway’s there’s a link to the build below, let me know if you have any questions or concerns.

Would change the PSU to the SeaSonic Focus 650W but else I can get behind the build.

Guys, he’s gaming and editing. He needs more than 16 GB RAM. save the tempered glass and fancy VRMS. a few hundred megahertz and double the ram is going to be way better than, what, a few more hundred megahertz? The stock cooler is nice on R7, put the money elsewhere

I would do the ryzen just because its neck and neck and theres still massive microcode refinements coming out.

Now, if the games and editing software you like care about more speed vs more cores, I suggest a 7600K (Intel’s implementation of SMT is NOT worth $100)

Which he can add later if needed. And he can certainly opt for a more budget friendly case and apply to more ram. That case however, is very good for storage capability and for long term use.

this is cheaper, still NVMe

Changing that M.2 to save 9 dollars is not a good idea. That is a major performance loss, unless he writes more than 20GB at a time, which is doubtful.

What? The sound quality alone is worth it, for editing and gaming.

A quad core at this time is a complete waste of money unless you are a fanatic gamer or overclocker. An i5 in current generation… never

Here’s my take on what you could do

Another nice build, but for the budget and use case, I fail to see the practicality of a aftermarket cooler when that money could go to more ram or storage.

More RAM now is better than more RAM later. I’m sure he’s aware that he has that option.
He could install a SATA SSD and be golden. The WD black is still very good, relative to literally everything else besides the 960 and one or two others. It really doesn’t matter, and he can make that decision.
The X370 Taichi is $190. The MSI is $90. He’s on a budget, maybe he wants more Mobo, maybe he wants less. The performance per dollar here is clear. Again, he can make those decisions.

A quad core at this time is a complete waste of money unless you are a fanatic gamer or overclocker. An i5 in current generation… never

So if the games and software he likes are single threaded, it would be stupid for him to get the best single thread perfomer. Got it.

Look, if someone disagrees with you, they might actually just simply disagree and have a reason and aren’t making things up or wrong.

Thos 100 bucks are probably well worth it for the Taichi.
You have to consider it like this: Having a two hour render crash with the probability of 5% or 1% is worth every penny.

So if the games and software he likes are single threaded, it would be stupid for him to get the best single thread perfomer. Got it.

What software? Adobe is the worst there is (as far as reasonable professional software goes) and still benefits. And could game while it renders…

He could install a SATA SSD and be golden.

I would not use golden but practical if needed. Uploading video files for use in his timeline and rendering out to that NVMe would be a very noticeable performance boost. You are right, @Pavilions can answer that for himself.

If you go Ryzen, I cannot stress enough to go with the Team Dark Pro 3200 ram I and others suggested. Guaranteed Samsung "B’ die, best for Ryzen.

If you decide on more ram, I would suggest Team Night Hawk 3200 16GB sticks, so two will get you 32GB. Dual rank is now faster than single, and you will not take a performance hit for populating all Dimm slots. Although minor on performance, it is also cheaper. Guaranteed Samsung "B’ die, best for Ryzen.