I have an early 2013, 13", Macbook Pro that needs a new drive. If anyone has replaced these drives before, I have a question:

With the proprietary drive, would any problems (connectivity, software) come up if I try to use an adapter to get to a mSata drive working in the Macbook?

I chose mSata because most of the information I have seen so far has people using them with adapters.

I’ve used an adapter with an NVME drive in a 2017 MacBook Air. Zero problems encountered. Your situation is a little different (sata va nvme) but I wouldn’t expect any difficulties.

Do you know if any SSD will be detected, or are there some caveats to what will work? Did you just grab a regular drive?

I did have to do some research on some Mac-specific sites to ensure adapter and drive compatibility.

It won’t work with a regular drive without an adapter, since the laptop has a proprietary connector. When you search for replacement hard drive macbook pro 2013 one of the first links is a guide from iFixit.com explaining everything. Meaning it can work with an adapter if you storage driver supports the drive. When reinstalling the OS on a blank SSD your MacBook will default to its original OS version. If it is not High Sierra or higher it will fail since those versions before do not support NVME! Since mentioning NVME it seems to be a PCIe not SATA interface. If you are unsure what you are doing there seems to be a compatible third party SSD listed in the iFixit guide. 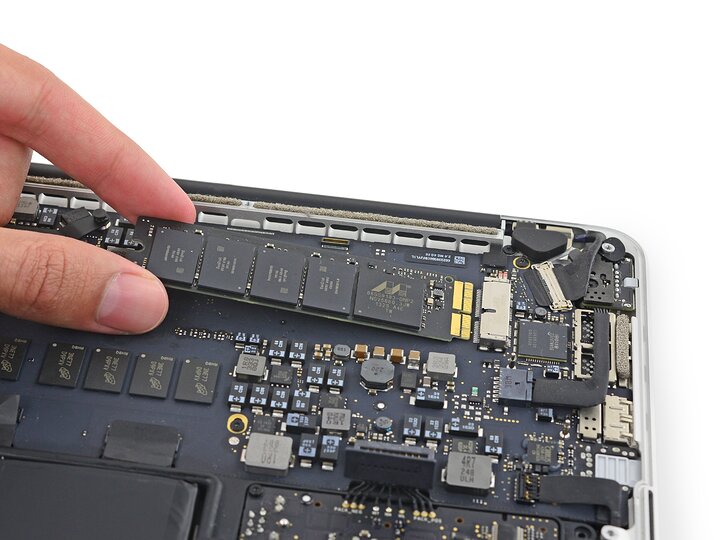 Replace the SSD in your MacBook Pro 13" Retina Display Late 2013.

The first problem is that we don’t know if he’s got a Retina MacBook or the Unibody model. And not all NVME drives work correctly, even with a good adapter.

Thank you for the responses guys.

This is where I am:

For many years the only possible replacements or upgrades for those SSD were to :

These two models above come with a M.2 AHCI SATA SSD and use a SATA interface. They are definitely not compatible with M.2 PCIe SSD. The PCIe M.2 format looks very similar to the SATA M.2 format but it won’t work."

It’s been awhile since I played with Mac upgrades, but OWC was always a goto resouce for me, if only to see what was available/possible.

Filter on your mac model and it will show you what they have available.

Upgrades Guaranteed to work with your Mac by OWC

Upgrade the RAM and storage of nearly any Apple computer at MacSales.com. We also provide refurbished Macs, external storage, docks, accessories, and more!

EDIT: oops, I see you are already aware of the OWC option.

I was looking for something other than the OWC. They are expensive.

How is your experience with using them? Have any failed on you?

The one that failed in the macbook now is a 240 GB OWC.

This would be the adapter type I need: 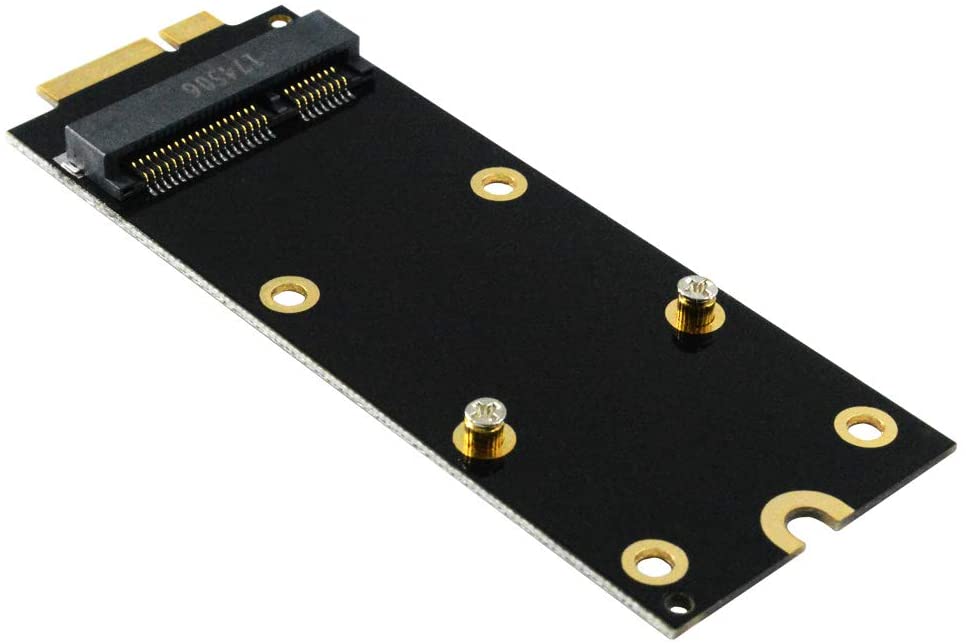 The question I have is: will any sata III, mSata drive work? 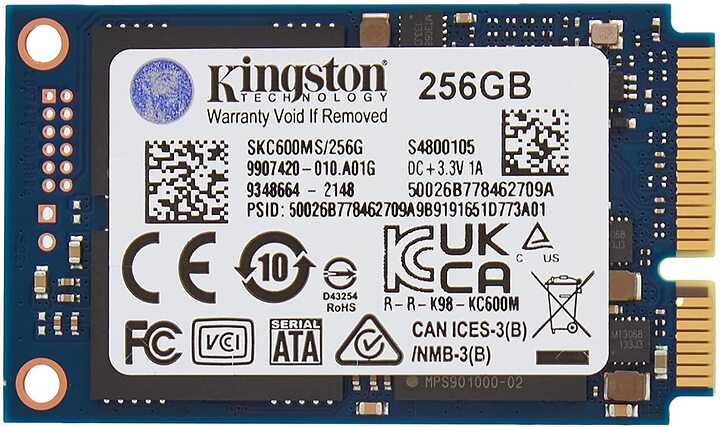 Kingston's KC600 is a full-capacity SSD designed to provide remarkable performance and optimised to provide functional system responsiveness with incredible boot, loading and transfer times. It comes in both 2.5" and...

Like I said, it has been a while since I used them, but I did like them enough to post about them. I don’t recall any failures. I think they had very fast shipping, but I am also very close to them.

I think it comes down to how much money and time do you want to spend on this? There might be cheaper adapters available, but I’m not sure how compatible they will be. The OWC drives are bespoke for your Mac. Again, it’s been a while, so maybe the DIY market for Macs has more choices.

The question I have is: will any sata III, mSata drive work?

I remember with 2.5" SSDs, I think I had to replace it with a Samsumg or whatever the OEM was for Apple at the time. The software was tuned to whatever they were installing and they didn’t bother to add generic compatibility with other vendors.

In this case, I don’t know, but I would try to get something closer to the OEM.

I’ve used NVMe adapters with Samsung NVMe SSD’s in both my 13" 2015 and 15" 2015. Haven’t had a single issue with either of them and they have been running this setup for years.

Unfortunately, the cutoff for NVME drives is this model. The next model (late 2013) and later, can support NVME.

That’s a bummer, if it used the standard SSD shipped with the 2015 I would send you one lol I’ve got a dozen various capacity models.’

mSATA seems like the way to go, Samsung made 1TB models. I used a few of them in Thinpads for the main drive. Performance was meh but still better than mechanical drives lol

EDIT: Knowing your version of MacOS would also be helpful. And just to be safe, are you sure you’ve got the early 2013 model? Have you checked out your System Identifier to be sure?

Just a word of caution on the Sintech adapters, buy the short adapter, not the long adapter.

I bought both and the long adapter inteferes with the bottom case when closed. The short adapter doesn’t have the same problem. I’m currently using a 1TB SK Hynix P31 Gold in my 2015 13" MBP and got no complains.

@Mach3.2 Thanks for that info. It’s been a minute since I used my Sintech, and I have no idea whether it was short or long. That MacBook went back to Apple when I upgraded to an M1 Macbook.

I did a search using the serial.

I will go with an OCW drive.

Thanks for the help everyone.