Anyways, this is a mainstream PC build, I need discrete graphics, a Full HD monitor, a cheap keyboard, and a cheap mouse along with a DVD writer. I need this to make her understand how overpriced pre-builts are.

Motherboard is probably overkill though haha.

Imo though a general use computer needs no more than an A10.

That PSU is overkill for that price point. What will you be using the PC for?

It's SOOO nice though. And it's just for him to show that pre-built PC's are overpriced. It's a mainstream use PC, which means a little of anything.

This is what I configured, I have loving relationship with NZXT, so I'm a bit biased towards them. http://pcpartpicker.com/p/KNI6

Spenlard's build is much better.

On another note, how good is this build? It's a lot better than my family's $1000 dollar "Studio" PC. http://pcpartpicker.com/p/Kyco

EDIT: Here's the best I could come to my computer. http://pcpartpicker.com/p/KSzy

LOL even that build will beat your family's $1000 PC. I suggest removing windows for greater shock value.

Our computer can barely handle maxed out Minecraft at 15 FPS... We barely get like 45 FPS on Minesweeper.

Never mind, the picture speaks for itself. 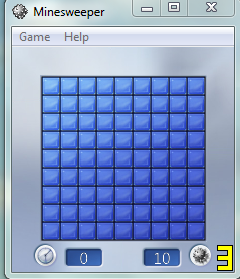 Some parts may depreciate in value, but this build is using higher build quality ones then you will find in a prebuilt.

Agreed, but you forgot the OS and Monitor...

It costs like an extra 200 dollars just because it has the "THX" branded on the computer; it sounds like shit anyways.

Minesweeper has a framecap on it - clearly shown here~

No it doesn't, it's one of the most demanding games in the world. (Troll mode activate).