Anyone else having this issue? My laptop is more than fast enough to handle Compiz and it shouldn't be using this much CPU anyways, seeing as it's a GPU based rendering engine. 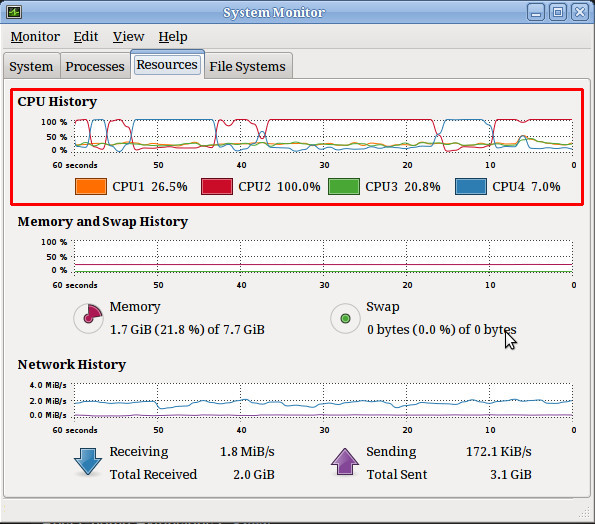 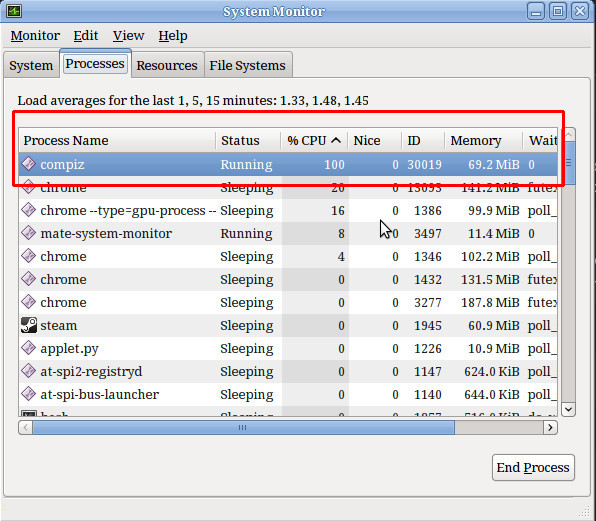 The choppy cpu activity looks like it could be related to thermal throttling on the chip, make sure youre not overheating.

Unlikely, this laptop is a beefy clevo with more than adaquate cooling.

Thats not to say that it doesnt need fresh thermal compound, or a proper cleaning.

I replaced the thermal compound and cleaned it less than a month ago. If I thought that was the problem I would have already tried that. The issue isn't my CPU, it's clearly an issue with Compiz. Compiz should not be using an ENTIRE CPU CORE, just for itself.

Also, make sure youre not running another session manager underneath Compiz.

Nope, just the default that comes with Ubuntu Mate.

(This can also be done using a GUI, by launching Dconf Editor, navigating to org > mate > desktop > session > required-components and replacing "marco" with "compiz" for the "windowmanager")

It's already set for Compiz.

Hah. Not likely. I'm not super worried about it, I was just wondering if anyone else had encountered the same issue, mainly.

I have, but it was resolved when I replaced my session manager with compiz and made sure my pc was venting properly.

Well, thanks for the help anyways.