My motherboard has a 10 gig port on it - and I’ve acquired a 10 gig card that will fit and work in my synology NAS. I really don’t feel like buying a 10 gig switch (mine are all 1 gig) for just 2 devices that are right next to each other.

So, my question is - in the collective experience - are there any issues with a crossover cable with 10 gig speeds? I’ve never had issues at 1 gig or below - but I’d create the cable out of cat 6 so the shielding should be fine. Just didn’t want to build it out and start using it to suffer unanticipated issues (assuming I can still crimp correctly).

Crossover cables pretty much went obsolete more than a decade ago when gigabit started replacing 100Mb/s - anything even remotely modern will do Auto MDI-X and can just be connected together.

Well then - that makes perfect sense - thank you!

Please do not use a crossover cable with two different devices, since it’s intended use case is between two indentical switches, routers etc, which are identical IE. Two cisco switches.
Not between two different devices
And that is the only use case for crossover nowadays, and almost everything, apart from some gear my teacher said “is out there”.
It does exist in the networking space, mostly between enterprise equipment, but I cannot see a use case for it, since for the Auto-MDIX is widely accepted.
Hope this clears the use case for you

You don’t need to buy a 10G switch, you can buy an in between small switch around ~200$
like this. work great 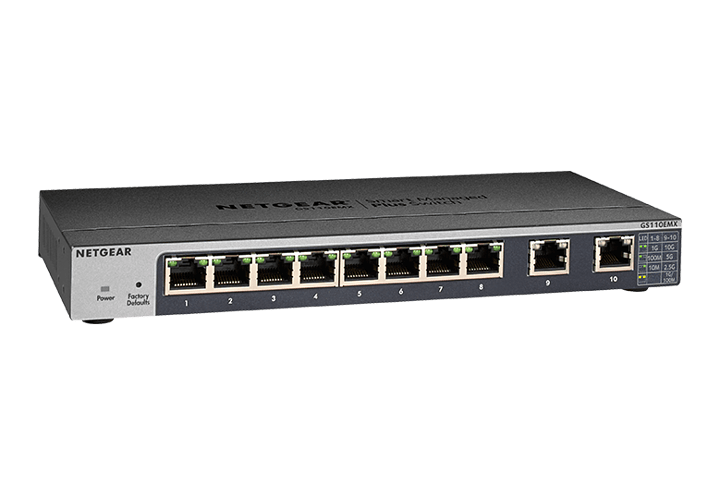 It does - I’ve just had switches everywhere - and hadn’t had to think about it in quite a long time. I had forgotten about Auto-MDIX. I just plugged them both up with my “spare device” cable and it lit right up. That puts off the purchase of the 10 gig home switch until I have another device that can do that (or realistically if another 2.5 gig came in I’d drop it to that.

The uplink on my cisco 12 ports have that but not the two I need. I’m just going to connect them together for now - I uses POE for my cameras and a few other devices and I’m lazy - so I purchase a managed switch that I can push config - put in a closet - and forget. I also have a few VLANS configured and the cisco gear makes that a touch easier (cameras, backups, main house w/ internet, my starlink route, and the jump over to the mesh network. I’m also going to keep 2 bonded ports on the main network to the same NAS b/c the family streams content off of it and it’s my SSH gateway back into the house.

I do like that switch however for a closet in my dads house - so thanks for the recommend - I can put the link between upstairs and downstairs on the fast side without having to spend a ton of money and use that to hardwire a few nodes in the mesh I put at his house.