Howabout I kill myself? 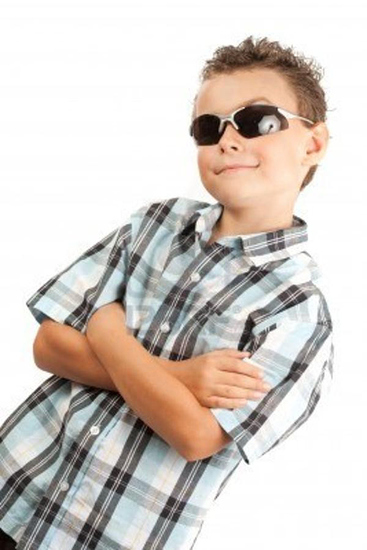 It really is dedicated to games only. Some screen capturing here and there but mostly gaming. The only issue I discovered is my GTX 1070 struggles to remain in performance mode at times.
For some reason the memory clock drops down to 400 MHz (of initial 4700 MHz) and stays like this until I re-enable my OC in Afterburner. This varied from game to game so far, for most of them setting driver to max. performance was enough to fix it.

Teach me your way, senpai!

I just converted my last Windows box to GNU/Linux

Let the calendar reflect that we are gonna wreck shop.

I don’t know if this is appropriate to necrobump, but here it goes:

I finished my 1-year challenge and am now on year 3.

My Windows machine (gaming etc) is collecting dust
I ordered a third Thinkpad (X200) to play with and use as a workstation, with a dock and everything
My X220 is running Debian and is connected to an external monitor
Every time I have to use Windows, it’s a pain (i3wm is best wm)

Glad I took the leap to pure Debian!

I’ve been using Debian distros for a while (started with Ubuntu back in 2007, most recently have been using Mint), and even convinced my wife to let me install Mint for her new laptop, as it came with Windows 10 (which never saw the light of day). She had taken a break from school, but in going back to her school, we found out that they essentially require Windows. She had to install a “Lockdown Browser” for taking tests online, so that the browser can watch her webcam and listen to the microphone to make sure she isn’t cheating. She was so disgusted to go back to Windows with all of this privacy-invasive stuff that she asked if I would install Linux back when she finishes her degree.

For anybody wondering, I did try to install Windows/“Lockdown Browser” in a VM, but the browser recognized that it was a VM and basically wouldn’t run.

I’m currently trying out Fedora (my first jump into Red Hat distributions at home) with a PCI passthrough (thanks to @wendell for the videos) which works beautifully for the only thing I use Windows for: To play Elite Dangerous.
Everything else in our house is Linux-based, and I would never look back. I recommend trying Linux to any techs I know, or people with a spare computer to check it out. I usually don’t recommend making the full jump all at once, because it’s a pretty big leap if you aren’t familiar with how Linux works, or how to fix things.

Going into this challenge, I had barley any experience with Linux. Yet within a year, I feel like I have learned a lot about how things work. I now know how to diagnose issues, copy the error output and do a web search. If the web search fails, post the issue to The small linux problem thread or make your own post

At the same time, I feel that there is still a lot to learn about the system. I still do not know about how to program applications and the configuration files.

This felt like a journey, especially with trying the various Desktop Environments. I started knowing nothing with Gnome, and finished the challenge with Gnome and a better understanding of Linux.

I will continue to use Linux until I can no longer use a computer.

Jumped from Manjaro to Artix, this will be interesting…

Would I be able to install linux on this laptop? 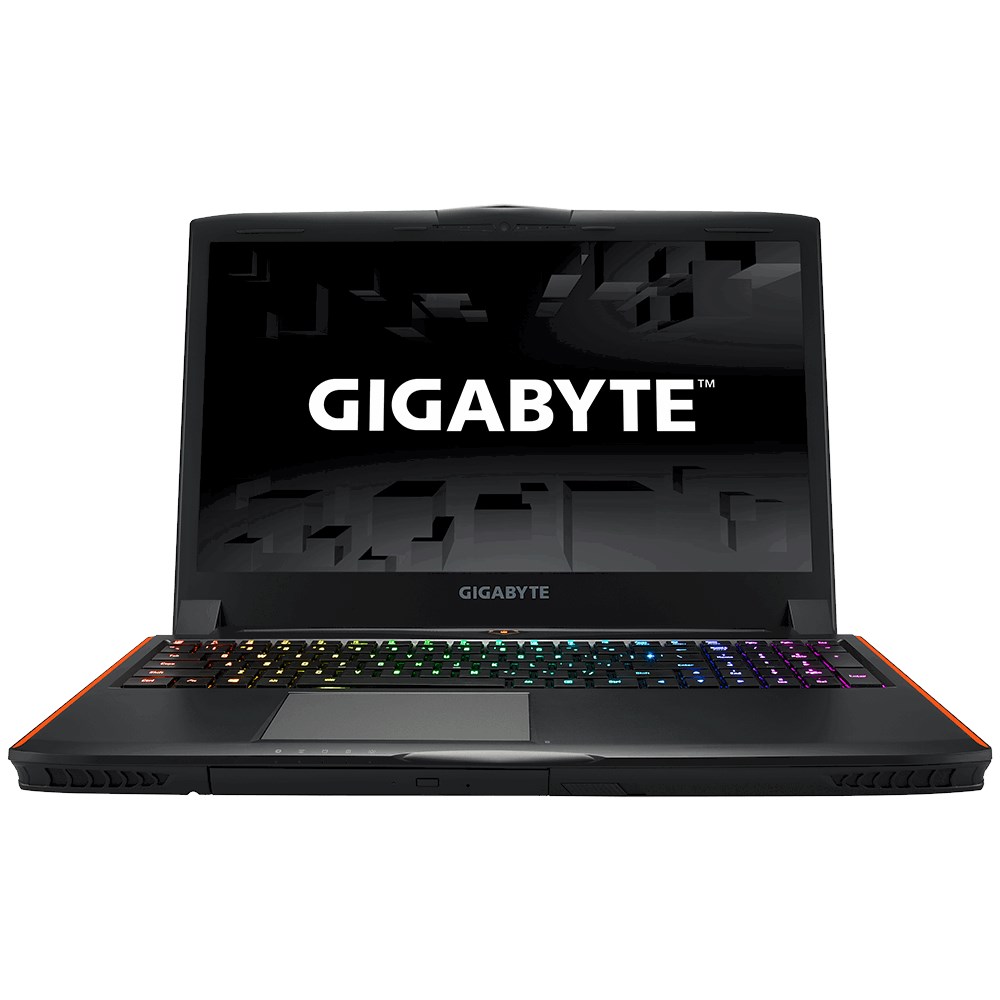 As a rule, Windows always requires more system resources (Memory, Storage space, Processing power) than Linux ever will for the same tasks. Simply installing a typical Linux distribution generally occupies ~4GB of Storage and uses ~400MB of Memory to sit at the desktop. The same for Windows is generally 20GB+ of Storage and uses ~2GB of memory.

So in short, anything that runs Windows can run Linux. There are obviously pros/cons to everything. Some Linux distributions require manually installing drivers and setting the Operating System up, but are also extremely light, because they don’t include everything by default. Arch Linux would be a prime example of this. On the other hand, something like Ubuntu Desktop would generally include the drivers you would need, as well as a bunch of other stuff you may not use, and gets close to Windows for system resource usage.

The best thing about Linux is choice, and the freedom to make it the way YOU want, not the way someone else dictates that you SHOULD want. If this is your first time using Linux, I highly recommend only installing it if this is a secondary computer for you. Getting started with Linux, you will generally have something come up that would be great to look up on a different computer (fixing a graphics issue, or the like). Let us know if you need help with guides on how to set everything up, or help choosing a distribution.

The reason I was asking is because some companies have a strange BIOS that stops you from installing different OS. My friend has one of the new Acer predator laptops and he tried to install Ubuntu on it and couldn’t. And he is not someone who generally needs help with computers.

In addition I hear nVidia drivers are huge hassle to install in any GNU/Linux OS. Which is why I would rather have ATI/AMD card but those are nearly non-existent in the new laptops.

Well, its been about 8 days past my 1 year Linux Challenge, and with an exception for a couple of months having to run WIndows 10 for school, I’ve done it. Durring those couple months I still had Linux on my main machine, but I was in a course through my school that basically spied on me durring tests so they could see I wasn’t cheating durring tests too. And it only worked on Windows. I needed the course, so I dealt with it. I still used my Linux machine for everything else.

Yes, I still dual boot cause games. But I in my year, I got my ENTIRE household on Linux. My two sons, and my wife.

It’s been a wild ride. I’ve nearly nuked my install several times, and I have broken Linux, more times than I could count. Trying to add stuff I thought I might want, or need. Eventually I just gave up on them.

But so far, it’s been fun. Oddly enough I’ve gone back to Ubuntu 16.04. I’m angry that Ubuntu is putting the axe down on Unity. I LOVE that desktop. it works SO WELL with my workflow, and my laziness when it comes to goofing off on the interwebs.

Glad I took the challenge. Definitely will be sticking with Linux from now on!

Installing the proprietary nvidia drivers is easy, but like with any proprietary drivers, it might break after a system update.
Easy 10 seconds fix if you’re familiar with the issue, but might be a nightmare for new users.

I’m not sure what your friend’s situation was or what issue he encountered, but I haven’t seen anything that could not run Linux. Granted, some devices are more difficult because you might have to reconfigure some BIOS/UEFI settings depending on the version and distribution of Linux (32 vs 64 bit, BIOS vs UEFI, disable Secure Boot in some instances, etc).

Just fyi, I had to disable secure boot from within windows. It has its tentacles in the uefi and will revert changes made within the uefi itself.

After turning secure boot off in windows then turn it off in uefi and you should be set.

I had to disable secure boot from within windows

That’s news to me. Is that purely Win 10 problem?

I put together a video on my daily IT workflow using KDE Neon. I find it really stable and efficient way to work. 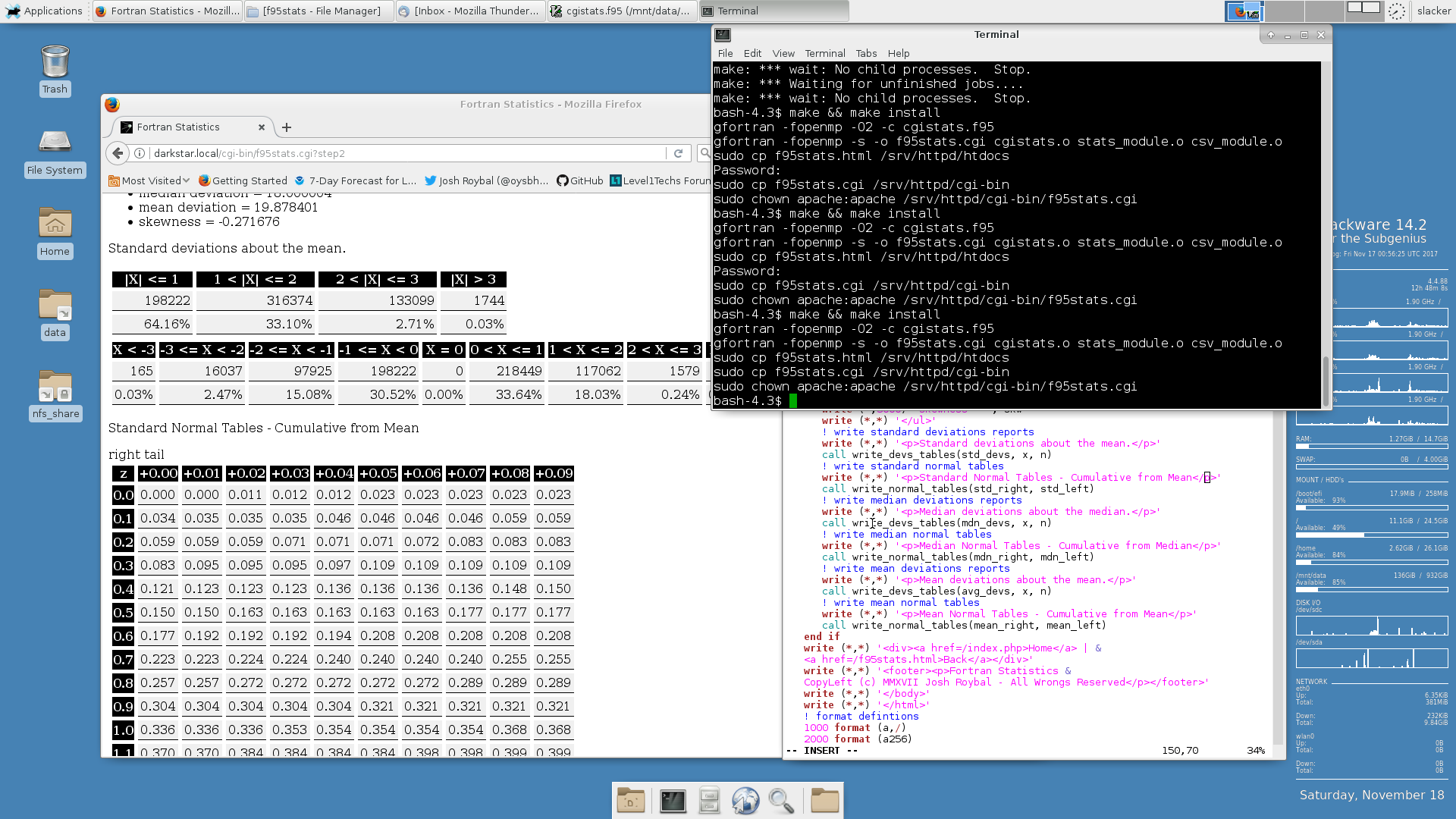 What am I doing with Linux lately? Apache, cgi-bin, modern Fortran with openmp, css, html, Slackware and you can process you some columns from some uploaded .csv files and serve back some cumulative from given central tendencies z-tables. It’s the weekend and I’m partying like it’s 1999.

My Asus GL771JW has been my most used system since this semester has started four months ago. I’ve been using it for note taking and Java programming. It’s running fedora 27 currently. I still haven’t converted my desktop to Linux. Would my laptop count for the challenge?